We didn't just re-think indestructible, we re-shaped it.

An age-old concept meets a modern-day dream and merges with work ethic, market foresight, innovation and a powerhouse team. From this, a company is born and grows to become a force in the industry. This is the story of ABC Domes. 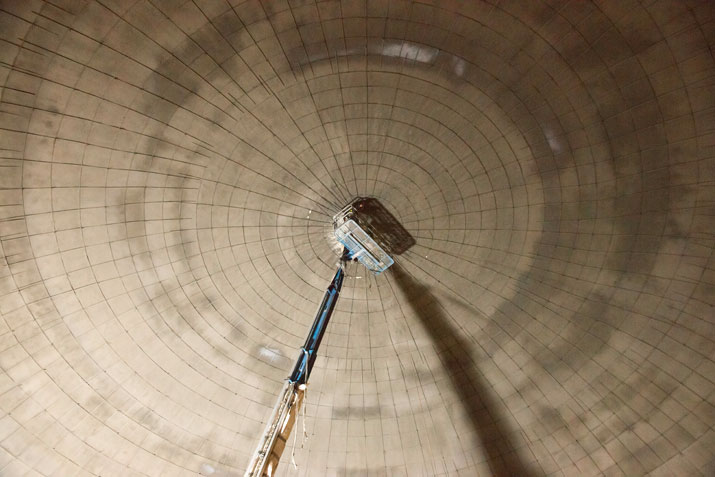 Dome building dates back to the Roman Architectural Revolution, when it was used to shape temples and buildings, including the Pantheon. It is no coincidence that many of these ancient structures still stand thousands of years later.

The basic principle of dome architecture is brilliantly simple. The properties of physics dictate that a rounded dome will be stronger than a structure with hard lines and edges. However, at ABC Domes, we’ve taken this principle far beyond the basics to make ABC Domes structures the most secure, economical, ergonomic, environmentally sound on earth.

Our steel-reinforced concrete domes are built to provide near absolute protection from both natural and man-made forces, and are engineered to withstand – at a minimum – 250 MPH winds.

After years of research and development, American Business Continuity Domes (ABC Domes) was established in 2006, following the lead of its affiliated company, Golden Sands General Contractors, which was continually faced with the daunting challenges that their clients experienced in the devastating aftermath of natural disasters including hurricanes, tornadoes and fires.

ABC Domes, formed initially to respond to that critical need, developed wholly owned dome and leased secure storage space to clients in the financial industry. Our strategic locations allowed us to effectively structure command centers from which to deploy in the event of a disaster. This model has been testing time and time again as we’ve responded to Hurricanes Ike, Katrina and Sandy to fires and tornadoes in recent years.

We continue to innovate in order to serve an even more exclusive market and meet the growing demand for the most secure, economical, environmentally sound, disaster resistant commercial real estate on earth.

ABC Domes gets stronger every day. We attribute our success to our domes strengths, the construction techniques that allow us to deliver with speed to market, our rock-solid partnerships and the lasting relationships we develop with our clients.