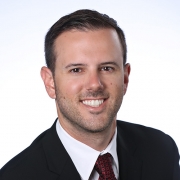 Ken Fedele joined Golden Sands General Contractors in early 2001 and, as he worked his way through the ranks, became instrumental in the management of ABC Domes’ construction projects.

His role in Golden Sands positioned him well to collaborate on ABC Domes new developments, as he is responsible for all new construction and major renovation projects for clients across multiple industries. Additionally, Ken directs the logistics and deployment of the company’s multi-state disaster recovery teams.

His major clients have included the American Airlines Arena, GSA (General Services Administration of the U.S. government), and Bank of America. Ken Fedele is a Licensed Certified General Contractor, having been awarded this designation at the age of 25.