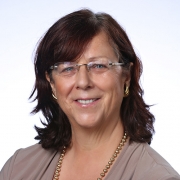 Mary F. Maguire is President of ABC Domes and is the CEO of Golden Sands General Contractors, which she co-founded with Peter Fedele in 1988.

Having successfully guided Golden Sands General Contractors through its early years, Mary took on the financial challenges of developing commercial real estate in a weakening market and focused on the first domes that the company built for ownership. As CEO of ABC Domes, she is integral in guiding the company’s strategic and tactical matters, financial controls and analysis and long range forecasting.