Media CoverageDomes To Mushroom Along The Texas Coast - Houston Chronicle

Federal emergency management officials have appropriated $50 million to build a series of domed, storm-proof shelters along the Texas coast to protect residents from hurricanes. They must be strong enough to withstand hurricane winds of more than 175 mph and tornadoes up to 250 mph. 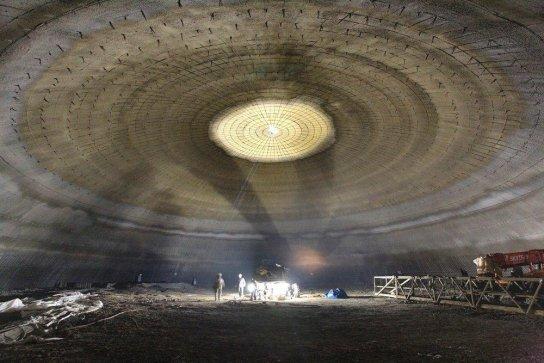 ABC Domes, with its Texas base in Sealy, is poised to do a lot of the building. CEO Peter Fedele says the roughly 20,000-square-foot domes, made of a steel-reinforced spray-on concrete, can protect people from hurricanes, tornadoes, earthquakes and fires. They can serve as community centers, training centers and gymnasiums in non-crisis times.

The average storm shelter dome costs $2.5 million and can hold around 1,000 people during hurricanes and 4,000 during briefer tornadoes, Fedele says. ABC Domes is a division of Miami-based contractor Golden Sands, which builds banks and other facilities. 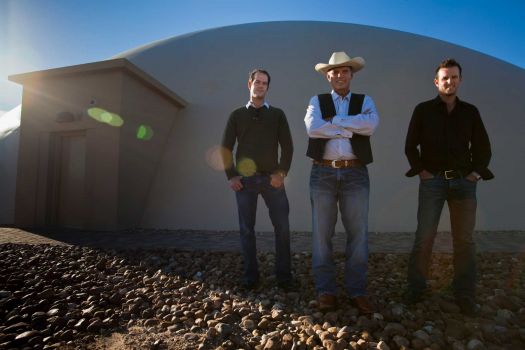 In a recent interview, Fedele talked about the dome-building business, the Federal Emergency Management Agency and living off the grid. Edited excerpts follow.

Q: How did the opportunity to build these dome shelters in Texas come about?

A: After Hurricane Ike, the president declared Texas a disaster area, which opened up some federal money for storm shelters. FEMA is being proactive. It's encouraging local communities to save life and property. What works in our favor is that FEMA has stipulated that all storm shelters be domes. They're saying, "We've done the research, and the best bang for your buck is to build a dome." The federal government will provide three-fourths of the funding, and local communities will pay the rest.

Q: How many contracts do you have for the Texas coast?

A: At the moment, none. It's a brand new program. A total of 35 storm shelters will be built in the next two years. We're hoping to be involved with a good portion of them. It's all public bidding.

Q: Will we see a lot more concrete shelter domes in the future?

A: Yes, and Texas is among the pioneers. I don't know of any other parts of the country where they have 35 storm-shelter domes planned. Eventually we think you're going to see a dome in every disaster-prone community along the Texas coastline.

Q: How much competition do you have on these bids?

A: There are probably a half-dozen dome builders out there, but really only about three companies with significant experience.

Q: How is business?

A: The dome- building business has been great. All of our company's divisions, which include the construction of traditional banks, have seen double-digit growth in the past five years. The dome industry is still in the Model T stage of development.

Q: What kind of shelter do you live in?

A: In Miami, I have a traditional 50-year-old home. I also have an apartment inside our dome headquarters in Sealy and Lakeland, Fla. I have a farm in Jamaica where I go three or four times a year. My farmhouse is on a mountain and made of concrete and is hurricane-resistant. In Jamaica, I live off the grid. I use solar and wind power, collect my own rainwater, and grow my own fruits and vegetables and raise my own meat. I was good friends with the late mother of Bob Marley, Stella Marley Booker, and we lived in the same village. We built a school there and named it after her. We're also planning to build domes in Jamaica.

Q: For years, Houston has been trying to figure out what to do with its Astrodome. Could it be converted into a shelter?

A: I have not studied the Astrodome and am not familiar with the engineering, but I doubt seriously it would meet FEMA storm shelter standards. For it to qualify as a storm shelter, it would be cheaper to tear it down and start over.